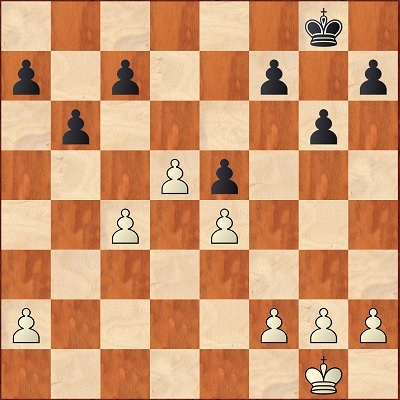 This structure on the diagram is quite typical for the main line in the Exchange System. Going ahead, I will say that in this line, GM Mihail Marin suggests attacking White's center by means of e7-e5. This type of middlegame positions is explained in eight games annotated in detail.

In order to get a better idea of the subtleties of this structure, let's take a look at the critical position of the old game Pavel Martynov - Vassily Ivanchuk played in 1986. 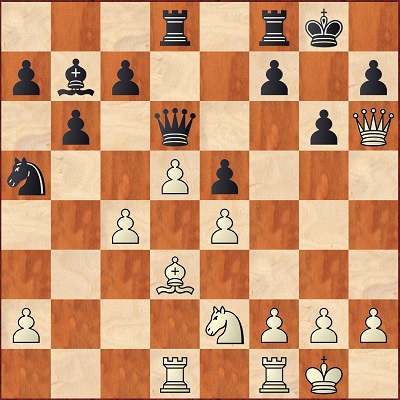 Here is what the author has to say about the position on the diagram:

We have reached a typical structure. It may seem that White has some kingside attacking chances since Black's minor pieces are stuck on the opposite wing. But White's regrouping is not perfect either since his knight not only stays in the rook's way but also fails to take part to any constructive plan. It does not contribute to the defense of the relatively weak c4-pawn and it cannot put pressure on e5 easily. This is one of the reasons why the plan with ...e7-e5 mainly works against the exchange variation with Bc4 and Ne2 and not against the systems based on Nf3.

Below, you could examine the annotations of the game Pavel Martynov - Vassily Ivanchuk which is the first one of the eight games dedicated to the structure.