Among many existing definitions of the endgame, I have recently encountered an interesting one by Romanian Grandmaster Mihai Suba. In his interesting book „Dynamic Chess Strategy“, Suba suggests that „The endgame is a part of the game where temporary placement of pieces is not of primary importance.“ He then elaborates:

4) The possibility to bring the king into the fight“

Our goal here is not to indulge into a philosophical discussion about the nature of endgames. The reason I brought up Suba's definition is that it definitely points out key features of the endgame that I would like to focus on. These are:

One can easily make a distinction between the endgame and the middlegame based on these two factors. In the middlegame, pawns and the king are the most vulnerable pieces, while in the endgame, their strength (or lack thereof) often decides the outcome of the game. In this issue, we will specifically deal with the pawns.

Increased value of pawns in the endgame

Have you seen the movie „Searching for Bobby Fischer“? If you have, the story that I am about to tell will be familiar. If you haven't, I would warmly suggest you to see it. In this famous chess movie, a young and talented chess player from New York (Joshua Waitzkin (on the photo below)) is making his first chess steps as he tries to win the National Championship in the youngest age category. In his pursuit of the title, in the final round he meets with another similarly talented boy, who is also his nemesis. In the final scene of the movie boys reach a pawn endgame where both of them have passed pawns on a- and h-files: 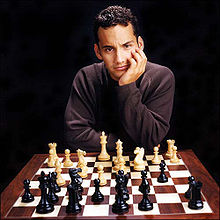 When I saw this movie as a kid, I was fascinated by the pawn race and the final combination winning the queen by a skewer along the diagonal. Little did I know that a few years later something similar would happen to me. In 1998, as a 11-year old I played in my first World Youth Championship in Oropesa del Mar, Spain. In the penultimate round, for a long time I defended a pretty much lost endgame against a Spanish player Victor Alcazar. However, after a long struggle, a glimmer of hope appeared: 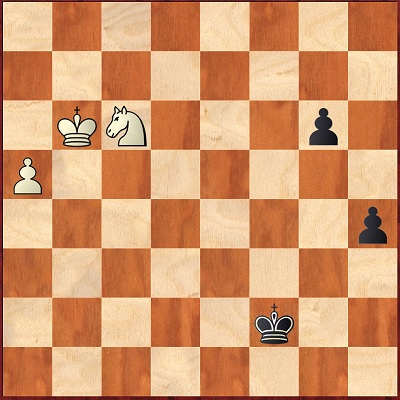